Our people make the difference 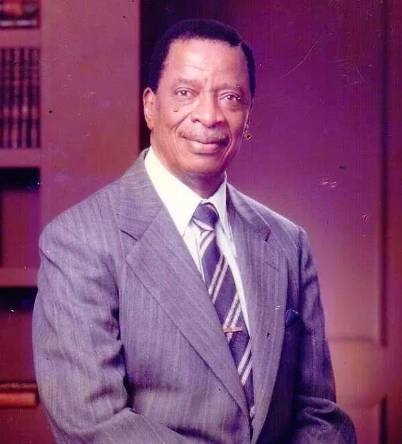 Chief (Dr.) Christopher Oladipo Ogunbanjo is a leading Nigerian Corporate Lawyer and Industrialist. He is a man of many parts. He was born in the austere environment of the Parsonage of Church of Epiphany (Anglican Communion), Erunwon, Ijebu-Ode, Ogun State Nigeria, on Friday, 14th day of December, 1923.

The son of a clergyman, he had his early education in St. Phillips School, Aiyetoro, Ile-Ife, in Osun State from where he proceeded to Oduduwa College in 1936. He went to Igbobi College, Lagos in 1938 and left in December, 1941 after obtaining the Cambridge School Certificate with exemption from London matriculation. He passed the LL.B Laws Decree of London University in 1949 and was called to the Bar in Lincoln’s Inn in 1950. He was enrolled as a Barrister-at-Law and Solicitor of the Supreme Court of Nigeria in August, 1950.

Chief (Dr.) Ogunbanjo has served in various public capacities. He was the first Chairman of the Nigerian Council for Management Development Education and Training, the governing body of the Centre for Management Development (1972-76). He also served as the Chairman of the Study Group of Industrial Policy which was set up by the Federal Government to examine industrial development in Nigeria (1984). Subsequent to this, he served as the Chairman of the 120 – member Consultative Committee on Company Law – a body (representing various professional groups) set up by the Federal Government in 1989 to advise it on a new Companies Decree which was promulgated into law in January 1990. Often described as a “Captain of Industry”, “Baron of Commerce” and “Patriarch” within the Organised Private sector, as a testimony to his invaluable contribution to the development and growth of commerce and industry in Nigeria and for his visionary contribution to the economic philosophy of the private sector as the preferred engine of growth in a developing economy, as against the “commanding height” doctrine. Also, he has demonstrated outstanding disposition as a philanthropist per excellence.

Anchored in the truth of that popular saying – “Charity begins at home”, he has contributed enormously to the development and well being of his home town – Erunwon in the Ijebu North East Local Government. In 1967, he sponsored the installation of electricity and underwrote the cost of an 11 KVA transmission line for his home town. Between 1987 and 1989, he sponsored and built a Church – Church of the Epiphany – within Ijebu-Ode Anglican Diocese, in the parsonage where he was born. The Church constitutes a landmark in Ogun State, visibly attesting to his taste for beauty, grace and excellence.

In 1989, he built a Police Post and a Modern Market for the Community, which he handed over to the Federal Government and the Local Government respectively. Recently, he completed the reconstruction and rehabilitation of a building in Erunwon to be used by Ijebu North East Local Government as its Women Development Centre.

For all these attributes, Chief (Dr.) Christopher Ogunbanjo has been honoured both in Nigeria and abroad. He was honoured in 1981 by Queen Beatrix of the Netherlands as Officer of Orange Nassau. In the year following, i.e. 1982, he was conferred with the award as Officer of the Order of the Federal Republic of Nigeria (O.F.R). On the 1st October, 2001 the President of the Federal Republic of Nigeria conferred on him the award as the Commander of the Order of the Niger (C.O.N.). He was also honoured by the Nigerian Institute of Management in 1986 as a fellow of the Institute. The three years that followed also saw this indefatigable achiever being bestowed with more honours.

First, it was the Obafemi Awolowo University, when in December 1987 Chief (Dr.) Ogunbanjo was awarded the Doctor of Civil Laws (D.C.L Honoris Causa). The University of Lagos followed in 1988 with its Doctor of Laws (LL.D Honoris Causa). It is significant that the awards of these two Universities came within a month of each other, thus creating a record which commentators say should go down in the Guinness Book of Records.

Finally, it was the turn of the Ogun State University, Ago-Iwoye, in January 1990 to confer in this illustrious son of the State its Doctor of Science Decree (D. Sc. Honoris Causa). On the 22nd of February, 2001 he was installed as the Chancellor of Ladoke Akintola University of Technology (LAUTECH), Ogbomosho. He was also awarded a degree of Doctor of Technology (Honoris Causa).

Chief (Dr.) Chris Ogunbanjo has established a reputation not only nurturing many successful industrial ventures in Nigeria but also promoting education, research and the achievement of a stable society. To this end, this great economic genius and a man revered for his principled tenacity for truth, justice and love, has, to his credit established “The Chris Ogunbanjo Foundation” whose principal aims and objectives are:
(i) to promote the achievement of a stable society in Nigeria and
(ii) to encourage the promotion of an industrial society and private enterprise.

In pursuance of the Charter incorporating the Foundation as a charitable organisation, it has
two centres namely:
(i) The Centre for Peace and Conflict Resolution (“C.P.C.R.”)
(ii) The Centre for the Promotion of Industrial Society and Private Enterprise (“C.I.S.P.E”).

In the words of the Hon. Justice Mohammed Bello G.C.O.N, former Chief Justice of Nigeria, on the occasion of the inauguration of the Foundation on 14th December 1993 as its 6 – acre Headquarters in Erunwon… “With the establishment of this Foundation, Chief (Dr.) Ogunbanjo has kept alive his concerns not just for an industrialised and economically progressive Nigeria, but also for where peace will reign among the diverse interests and ethic orientation of the people of our beloved country.”

Chief (Dr.) Ogunbanjo, Philanthropist extraordinary has written extensively on the Nigerian economy. The collection of his papers can be found compiled in three books,
(i) “Nigeria’s Economic and Industrial Development – Which Way?” (1983)
(ii) “Nigeria – The Search for Economic Instability” (1986) and
(iii) “Nigeria’s Economic Reforms – Current Issues,” (1998) which has been described by Academics of note as more than enough intellectual work that would qualify him for a Doctor of Philosophy Decree in Development Economics.

For his distinguished service to Nigeria and in particular, for his outstanding contribution to the development of education, he was made a Fellow of the Nigerian Academy of Education – November 1997.

He is the holder of many Chieftaincy titles. He is The Olotu of Ijebuland, The Lerinja of Egbaland, The Gbadero of Lagos, The Asiwaju of Ijebu Imusin. 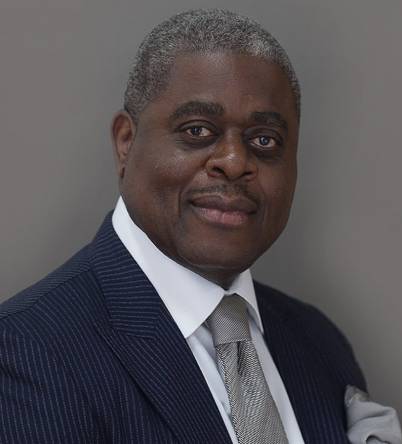 Abimbola is the Vice Chairman of the Commercial Law and Taxation Committee of the Lagos Chamber of Commerce and the President of the Nigerian Stock Exchange. He specializes in Capital Markets and has garnered considerable corporate finance experience. 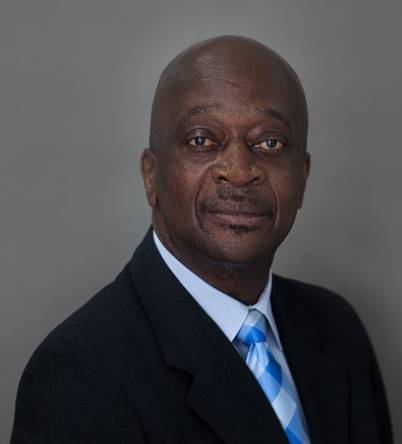 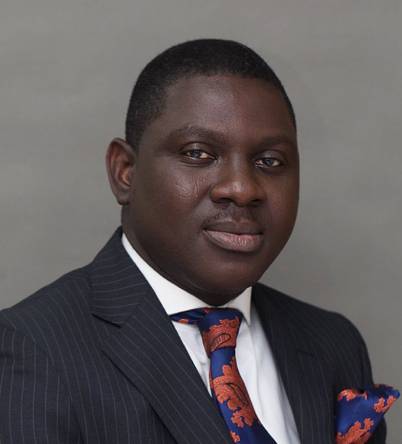 Olawumi Alajiki leads the Firm’s Dispute Resolution Department. He is also the Head of Chambers of Chris Ogunbanjo LP. He has over a decade experience in active litigation. His background cuts across various aspects of commercial and corporate dispute resolution. 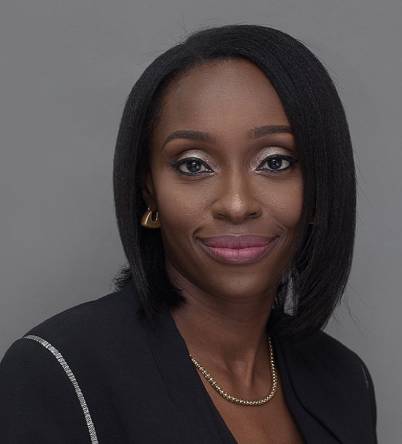 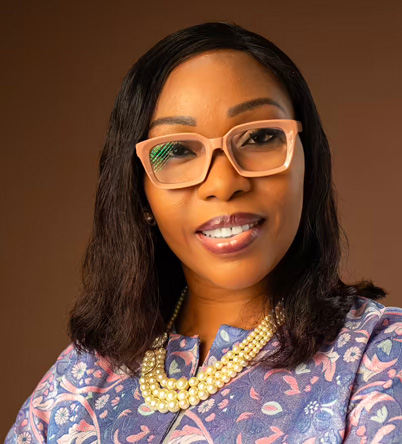 Moninuade Iluyomade is the Chief Operating Officer of Chris Ogunbanjo LP. She is an experienced Chartered Accountant, with over 15 years extensive experience in Business management, Accounting, Human resources, Project management and Operations. She has proven skills in creating value and maximising growth. Moninuade has worked in different organisations across sectors, spanning the United Kingdom & Nigeria and has handled various projects, contributing towards improving business performances.
Moninuade graduated from the University of Lagos in 2002 with B.A English (second class upper). In 2005, she became an Associate Chartered Accountant with the Institute of Charted Accountant of Nigeria (ICAN). In 2009, she became a Certified Member of the Chartered Institute of Management, United Kingdom (CIM) and the Chartered Institute of Management Accountant, United Kingdom (CIMA).
In 2010, she obtained a Master’s degree in Business Administration (MBA) from Liverpool John Moore University in the United Kingdom. She is recently working on a Doctorate Degree in Business Management (DBA). Moninuade is passionate about continuous improvement and creating sustainable business solutions.
Professional Affiliation 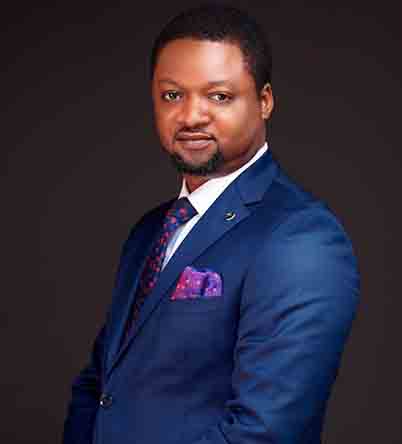 Williams studied at the University of Ibadan and the Nigerian Law School. Since his bar admission in 2012, he has progressively built core competence in dispute resolution, litigation, alternative dispute resolution and legal advisory from his years of working experience with senior advocates. Williams has advised and represented secured and unsecured creditors, debtors, companies, liquidators, receivers and receiver managers in insolvency related matters supervised by the Nigerian superior courts. He has also represented clients’ before arbitral panels and rendered legal opinions in labour and employment matters. He is a member of the firm’s Dispute Resolution, Litigation and Legal advisory Group 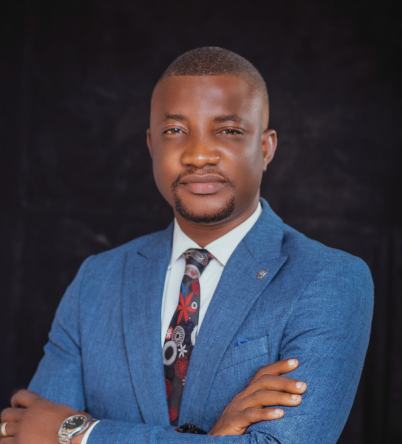 Opeolu has advised a plethora of multi-national and local organisations on various matters. 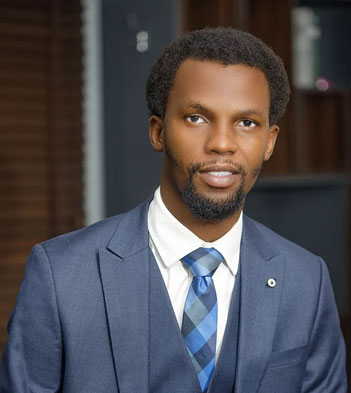 Ibrahim Abubakar is an associate in the firm’s Dispute Resolution unit of Chris Ogunbanjo LP.
He is a highly skilled, innovative, and analytical Legal Practitioner with extensive knowledge of the law. He represents a broad range of clients across a multitude of sectors and regularly provides strategic advice in international, high-value, and complex commercial disputes.
Ibrahim has extensive practice experience and demonstrates remarkable understanding of commercial litigation. He has been involved in a range of high-profile and complex commercial litigation cases which have reached the Court of Appeal and Supreme Court of Nigeria.
Prior to joining Chris Ogunbanjo LP, Ibrahim had practiced at leading commercial law firms in Nigeria where he worked on several commercial disputes with a particular focus on contractual transactions, insolvency, banking, financial services disputes, and compliance disputes.
Professional Affiliation 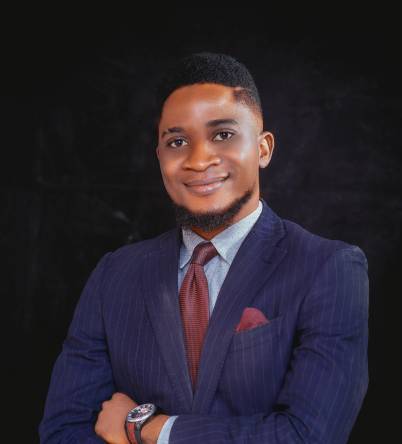 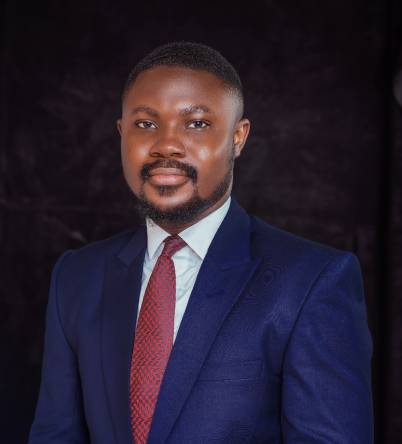 Adedamola Odubanjo is an Associate in the Corporate/Commercial practice group of Chris Ogunbanjo LP. His core areas of practice are Intellectual Property, Real Estate, and Regulatory Compliance. He regularly advises on General Commercial Transactions, IP registrations, and Real Estate matters. 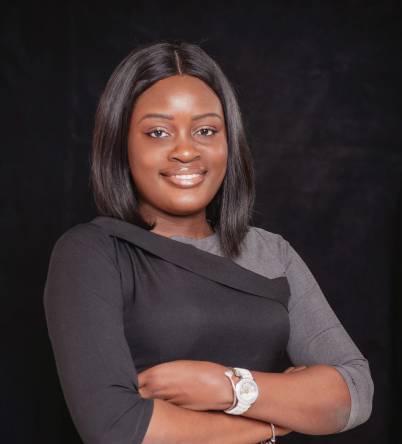 Since joining the firm, she has been involved in a wide range of matters and high-level transactions in different areas of law ranging from general corporate advisory, company secretarial, regulatory compliance, and dispute resolution. Her budding legal expertise centres on key practice areas such as Company Secretarial Practice, Corporate Governance, Regulatory Compliance, and Property Law Advisory.