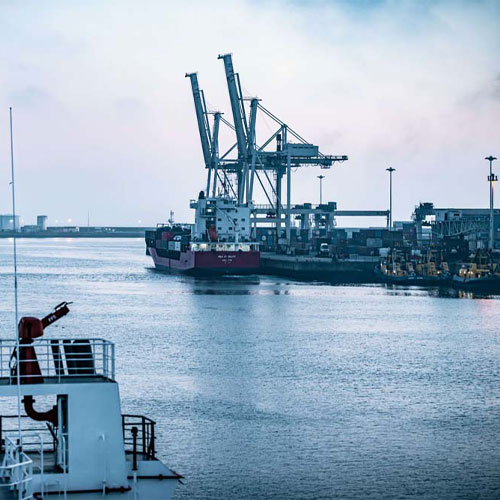 The NIWA Act was initially promulgated by a military Decree under the military administration. By virtue of the provision of Section 315(1) of the Constitution, the Decree became an Act of the National Assembly being an existing law at the commencement of the Constitution as provided by the same section. The general functions of the NIWA are provided for in Section 8 of the NIWA Act among which are:–

Section 9 of the NIWA Act provides for other specific functions of NIWA. These include the design of ferry routes, operation of ferry services on the inland waterways, issuance and control of licences for inland navigation, grant of licences to private inland waterways operators etc. By Section 10 of the Act, all rivers and their tributaries, distributaries, creeks, lakes, lagoons and intra coastal waterways specified in the Second Schedule to the Act are declared Federal Navigable Waterways. Section 11 of the Act vests all the inland waterways declared as federal navigable waterways of Nigeria in the direction and control of NIWA.

It is also important to note that Section 13(c) of the NIWA Act prohibits any person including a State from carrying out any of the functions of the Authority as specified in Section 9 of the Act without the written consent, approval or permission of the NIWA.

It is beyond cavil that the waterways of Lagos State among others fall under the exclusive control of the NIWA as declared in Section 10 of the NIWA Act and Item No. 5 of the second schedule to the NIWA Act thereof. By this provision, Nigeria has a national waterway only, there is nothing known as the “internal waterways of Lagos State” as declared in the Lagos State Waterways Authority Act. Furthermore, it is only the National Assembly that has the powers to enact laws on this subject by virtue of its inclusion in the exclusive legislative list in Item 64 of the Second Schedule to the Constitution. It can therefore be safely concluded that the NIWA Act was enacted in accordance with the Constitution.

From the foregoing, it is imperative to consider whether the Lagos State government acted within the ambit of the law in enacting the Lagos State Waterways Authority Act which sought to repeal the NIWA Act.

The Lagos State Government as earlier mentioned cited the provisions of Section 315 of the Constitution in support of its action. The State further justified its supposed prerogative in view of its planned waterways transportation network programme which according to it “may not see the light of the day if such a step is not taken”. However, no matter the reason adduced for taking such a step or how laudable such reason may appear, it does not relieve the Lagos State government of the duty to ensure that its actions are intra vires and in accordance with the law. An exposition of the provision of Section 315 relied on by the Lagos State government in enacting the new law is therefore necessary.

As stated above, only an “appropriate authority” can undertake the modification, alteration or repeal of an existing law. The law further reiterates the appropriate authority as it relates to both Federal and State laws respectively. The Lagos State government is

an appropriate authority as it affects laws of the State House of Assembly only and cannot therefore have the authority to modify, alter or repeal a Federal enactment. It is our view therefore that the actions of the Lagos State government is not in accordance with the Constitution, particularly as the subject matter of the legislation is an issue which is under the exclusive legislative list upon which only the National Assembly can legislate and has already legislated. Moreso, the action of the Lagos State government has seemingly brought about a duplicity or if you will, parallel legislation thereby resulting in a conflict of laws.

Section 4(5) of the Constitution has already resolved the issue of conflict between an Act of the National Assembly and a Law of a State House of Assembly. The position is that where there is a conflict between State and Federal law, Federal law shall prevail and the State law shall to the extent of its inconsistency with the Federal law be null, void and of no effect. Furthermore, Section 4 (7)(a) of the Constitution provides that the House of Assembly of a State shall not legislate on any matter contained in the exclusive legislative list.

Adopting a literal interpretation to the express wordings of Section 315 of the Constitution, it will be absurd to reach the conclusion that the Lagos State Government acted in accordance with the law in repealing the National Inland Waterways Authority Act as it has done by replacing same with the Lagos State Waterways Authority Act. As a starting point, laws enacted by the House of Assembly of a State bear the nomenclature “Law” and not “Act” as we find in this case. Furthermore, Section 315 of the Constitution does not designate the Lagos State government or any other State government an “appropriate authority” in respect of the power to alter, modify or repeal an existing Federal law. The NIWA Act is a product of a Federal Military Administration which has become an Act of the Federal Republic of Nigeria on which only the National Assembly can legislate being of a subject matter on the exclusive legislative list. Since the Lagos State Government cannot legislate on any subject matter contained on the exclusive legislative list, it is logical and accords with legal reasoning to conclude that it can neither alter, modify nor repeal any law in respect of matters contained on the exclusive legislative list.

From the foregoing, it is safe to say that the Lagos State Waterways Authority Act enacted by the Lagos State House of Assembly is void, being materially and substantially inconsistent with the NIWA Act and the Constitution.

The above reasoning nearly resembles the position under the doctrine of covering the field. The operation of this doctrine is that where a State law conflicts with a Federal law on an issue upon which both the State and Federal legislature have a concurrent right to legislate and the Federal legislature has enacted a law on the subject first in time and has

evinced an intention to cover the field, the State law shall be void to the extent of its inconsistency with the federal law. By the NIWA Act, the Federal Government has covered the field on the control of the inland waterways of Nigeria and it is therefore ultra vires the Lagos State Government to enact any laws in this respect even if it has the power to do so.

In conclusion, it our earnest opinion that the Lagos State Waterways Authority Act is void and of no effect and any step taken in pursuance of same should be considered illegal. We suggest that the Lagos State government and its State House of Assembly should move expeditiously to retrace their steps on the issue. It is further advised that the State government should seek the consent and approval of the NIWA for the use of the inland waterways for development of water transportation in the State through its own agencies as permitted by law rather than encroach on the statutory function of the National Inland Waterways Authority by the enactment of a void law which renders its activities on Nigerian waterways illegal. 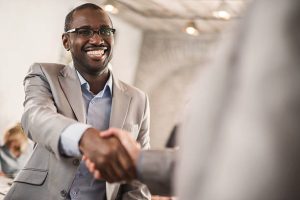 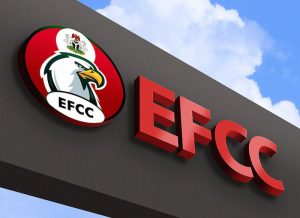